Taken December 6th 2011
Back in September, I started working on a marketing degree.  While I do still write quite frequently,  Consumer Behavior is hardly blogging material and coming here to write for leisure after I've spent my week doing case studies and writing research papers seems equivalent to working out after track practice during my college track days.  There just isn't much of a desire to run five miles because the coach told you to and then leave track practice and go work out for fun.
I've still managed to capture a lot of daily life by camera.  But all the pictures that I've taken since November are hanging out and twiddling their thumbs in my Photoshop Organizer.  Hopefully I will get a chance to catch up on those some time in the near future.
For now, I am posting the only pictures I've managed to edit since I started school.  Emma started taking guitar lessons in September and she really seems to have a natural talent for it (from her daddy no doubt).   So, we played around, pretending to be doing a photo shoot for her album cover.  I did manage to get Chloe in a couple but for the most part, she was more interested in playing than taking pictures.  Emma's guitar shoot also ending up lending itself to a personally suited Valentine's Day card which was great since I had vowed not to do anything with any new pictures until I post my Christmas pictures. 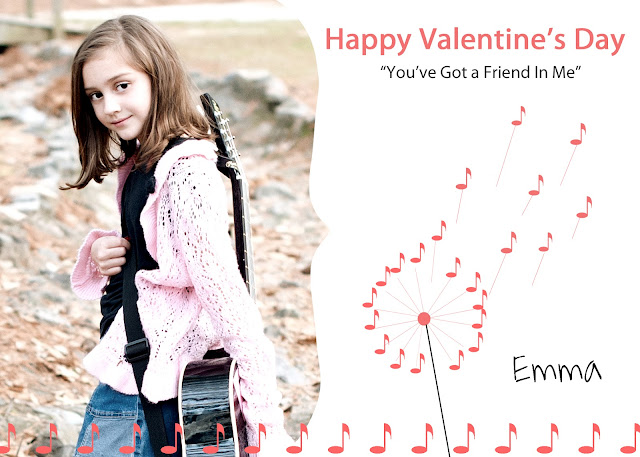 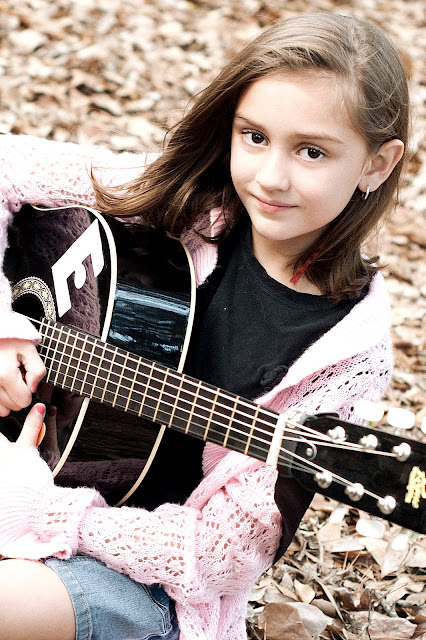 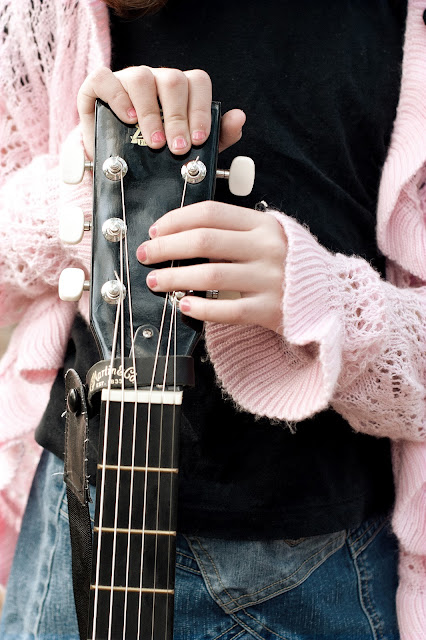 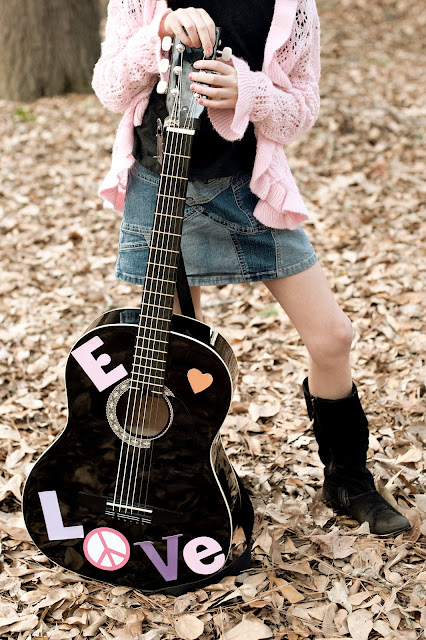 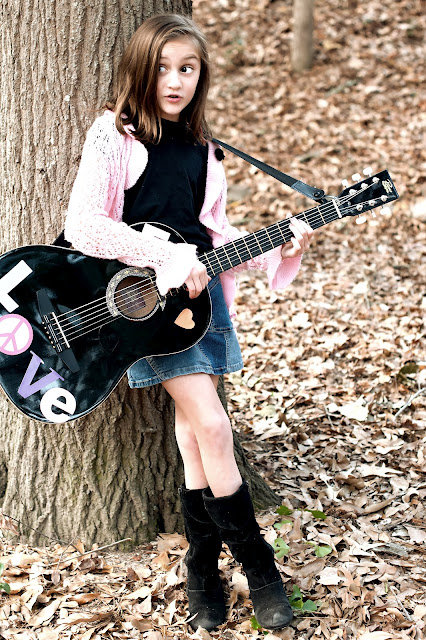 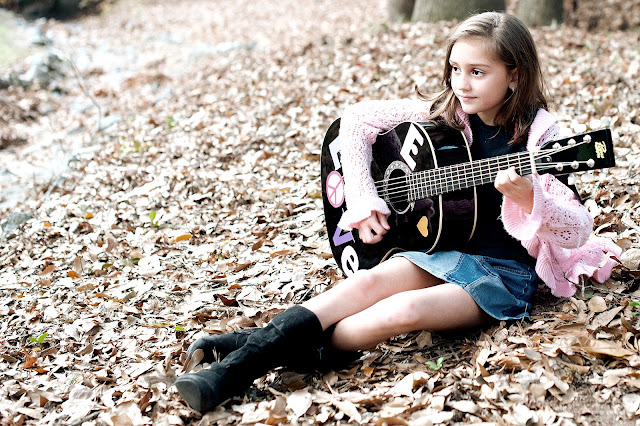 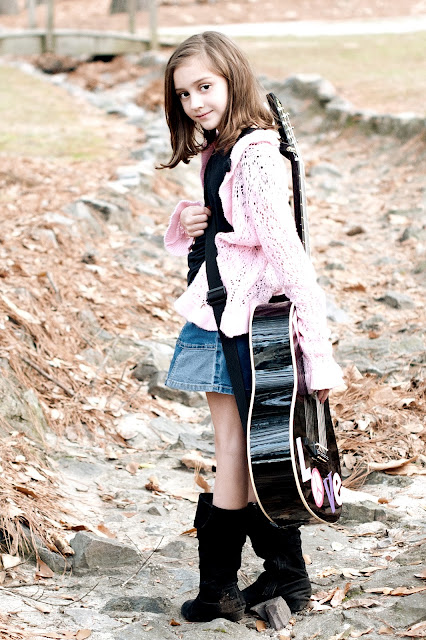 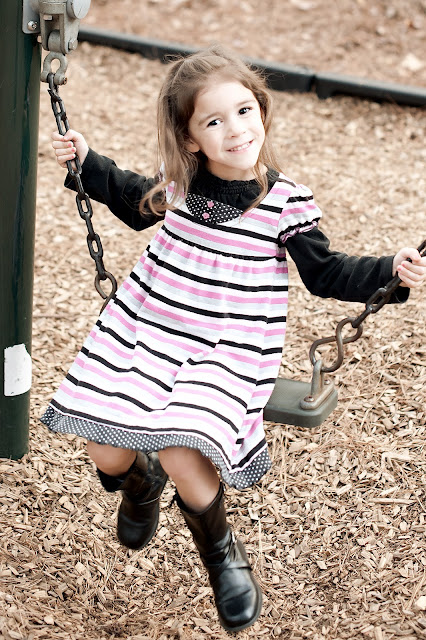 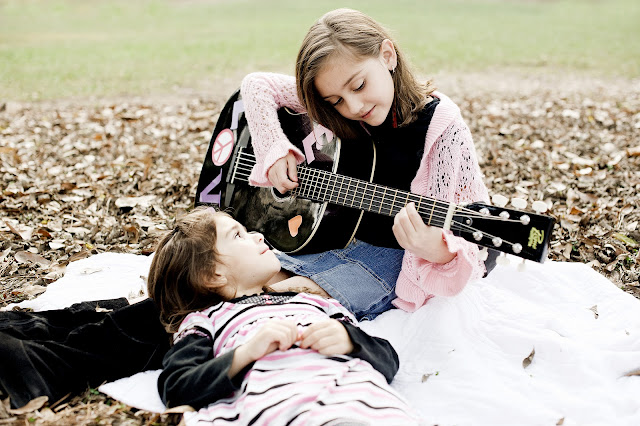