We've been at the beach for three wonderful days.. We met Adam's aunt, uncle and cousins here for a little impromptu wedding for Adam's cousin Ryan and a mini vacation.. I have to say that we have been pleasantly surprised that we love Myrtle Beach.. I was a little apprehensive since I had been told multiple times, how unlike the gulf coast beaches, the east coast beaches were with their brown sand and murky waters.. And then those that we know that do vacation on the east coast usually prefer Hilton Head. We still haven't made Hilton Head  so I'll make that comparison later. But, as far as the beaches compared to the gulf coast go, really, I couldn't tell much of a difference. The water wasn't as blue as the water looked at the Gulf Coast at times and maybe the beach wasn't quite as white but there definitely was not a big enough difference to make it worth the drive. Add in the oil spill and we're converted.. Or traders as our gulf coast friends would say..

We stayed in an area of the beach that is a quiet residential area, about six miles from the downtown commotion.. I will admit the down town area is crazy busy.. Think: the busiest part of Panama City Beach and the busiest part of Gatlinburg swished in together...But, we stayed mostly on our end quaint end of the beach and had the most lovely time..

I have a ton of pictures to upload but until then, I'll leave you will Chloe's first experience with the ocean.. In a way, it seemed sad that Chloe was seeing the beach for the first time. Especially since Emma practically spent her first two years on the beach. But, it was also very nice that she was old enough that we were able to catch her amazement by it all.. I think we'll be making our way back to the east coast now that we have had our first taste of it. Parts of it are close enough to be done in a day trip.. I have to get up now and start working on the inevitable, packing up to go home.. Three days is a good length for me.. I'm starting to feel grains of sand everywhere.. It's time to go home.. Until I get the rest of the pictures up, I will leave you with Chloe's first impression of the ocean.. 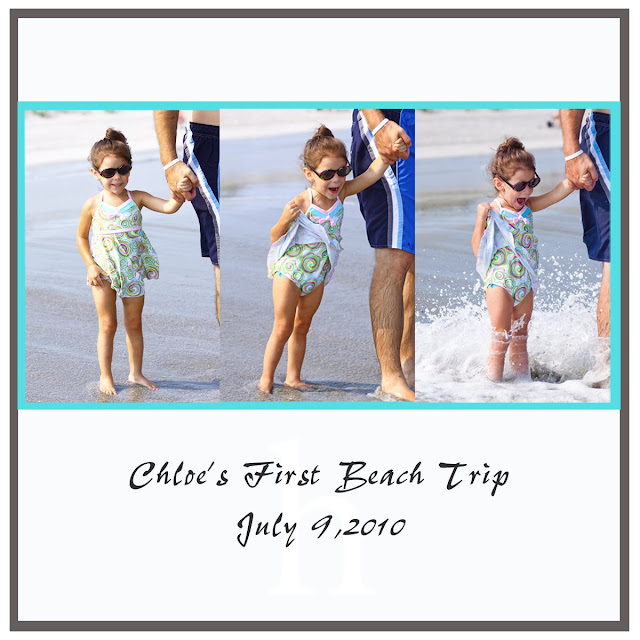