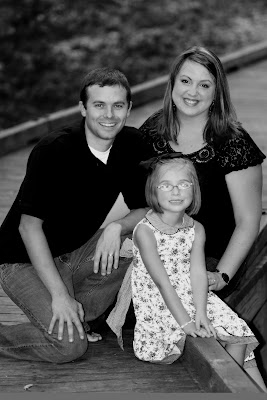 For Tuesday's Tips and Tricks, I was going to show you a cool trick I learned to remove a dent from a car. And I mean it is super cool! But, you're going to have to come back Thursday for that. Because, Tuesday is my highest traffic day and I have to free it up so you can meet George because what he has to say is kind of important. Okay, it's REALLY important. And well, I love him. And, I want you to love him too..

So George was in our youth group when we were in Albany Georgia. We kind of had a rough start with him. However, I still maintain that he had me at hello.. Or whatever it was he said because I'm pretty sure he was too cool to just say hello. Anyway, even though we had a rough start, George has an awesome mom that totally supported Adam through that rough start and before it was all said and done, I was threatening to give him chores to do at our house because he was there so much. He sort of became our partner in crime and we became quite a trio pulling pranks on the other kids in the youth ministry.. Anyway, I had a soft spot for George and was bound and determined to find him a bride.. And, I sort of did. I introduced them but they didn't decide they liked each other until like four years later. But that's just because they were too stubborn to let me think it was my idea :). Anyway, Mrs. George is named Jay. And well, I have an even softer spot for her. And their little girl, well, it was a strange thing that they ended up having their first child, just six months behind us having ours but, they did. And that little girl just melts my heart..

Anyway, Jay and George and Sarah Jane came to visit a couple of months ago and George was telling me about this cause "One Verse" that he has gotten involved in and well.. I'm just going to let him tell you the rest.. The following is my interview with George:


Let's hear your version of how we met.. This should be fun:)

We met about 15 years ago when I was in 9th grade. Adam came to my church to be the Youth Minster. For the first several months that I was there I didn’t care for Adam too much. I thought he was a big Dork. I remember one time Adam kicked me out of his class. To this day I think I’m the only one he’s ever had to kick out.

But for whatever reason my opinion of Adam (and Dana) changed. Turns out before I graduated High School I would go over and hang out with them all the time at their house. Later on I worked for Adam at the church as a Youth Intern. Then many years later Adam married me and my wife.

My relationship with Adam and Dana has come full circle. Since I’ve been married my wife and I make trips ever so often to see Adam and Dana.

Can you explain to me exactly what the organization "One Verse" is and how you found out about them?

What is OneVerse? – OneVerse is partnered with the Seed Company and they are working hard to translate the Bible for different People Groups that don’t have a Bible in their language. Right now there are 200 million people represented by 2,200 language groups in the world that don’t have God’s Word in their native language.

How I found out about them - My wife and I took a bunch kids to a Passion Youth Conference. While we were there Louie Giglio got up and stated talking about a One of the People Groups in Africa. He held up a Bible and said this is “So & So” Bible. He flipped through talking about how they would read about how much God loved them and they would read how Jesus wanted to have relationship with them. But while he was talking, he flipped the Bible around and all of the pages were blank. When he did that I was shocked. I couldn’t imagine not having a Bible in my own language. Louie challenged us to get involved and ever since I felt I’ve felt a need to help.

How did you become involved with One Verse?

A few years after I left that Youth Conference I was reading blogs and I came across one call Team OneVerse. What Team OneVerse is a way for Marathoners & Endurance Athletes to help raise money for OneVerse. When I read that I knew that I had to be a part of this team because now I can use passion of running to help a Great Cause!

Do you have specific personal goals related to One Verse?

Each member of Team OneVerse has a goal of raising $1,500. My personal goal is to not only raise $1500 but also raise awareness to the cause. I’ve talked with lots of people who never knew that 200 million people can’t read God’s Word because it has not been translated in to the langue yet.

How are you progressing so far in meeting those goals?
I have a long way to go in reaching the 1,500 dollar mark. I’m still looking for sponsors to help me reach my finical goal. Just $26 will translate One Verse for the Rutara People group. A gift of $26 can allow some to read God’s word for the first time. This gift can change someone’s Life, Family, and even a Nation.

If you actually could share only one verse from the Bible with the whole world, which verse would it be (ha! no pressure)?
If I could only pick One Verse to share with the WHOLE WORLD then it would have to be John 3:16, “For God so loved the world that he gave his one and only Son, that whoever believes in him shall not perish but have eternal life.”

So there you have it.. I'm so proud of him and the person he's become! He's still a long way away from his goal. So pick the couch cushions up, look underneath, toss the cheerios, and toss the rest George's way. You can click on the "One Verse" icon on my left side bar and you can make a donation to support George and more importantly, you can help tell the story of Jesus to people that have never heard it!