How To-- Princess Tulle Chandelier

What is the most important ingredient in a princess party?  Tulle, lots and lots of it!  I have had some requests for a tutorial on how I made the "tulle chandelier" for Emma's par-tay... A tutorial on this one was a bit difficult to do, as it was one of those things that developed as I went. However, since I almost killed myself several times while I was putting this thing together, I took pictures when I took it down, in hopes that we could prevent people from quite literally hanging from the chandelier and thus, prevent bodily injury. 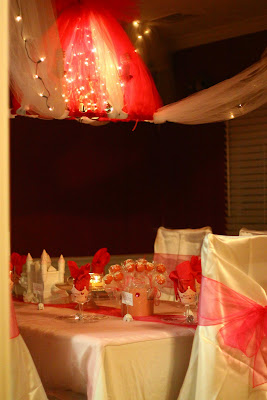 First, underneath the tulle was this big horrible mess that I still haven't taken down.  I feel certain that you could be more neat than this but, since the Christmas lights were an afterthought, after I had the tulle hung, I stuffed them up there however I could get them to stay.  Obviously, I removed the glass globes. 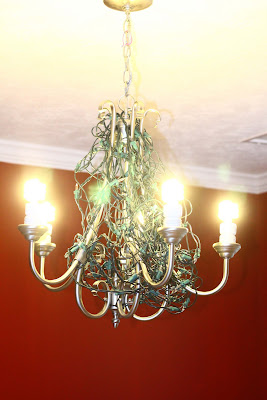 All of the tulle was tied around a hoola hoop just like it was tied in the tutorial for the princess skirts.  I alternated pink and white, making four, long, white pieces to flow outwards, spaced evenly. 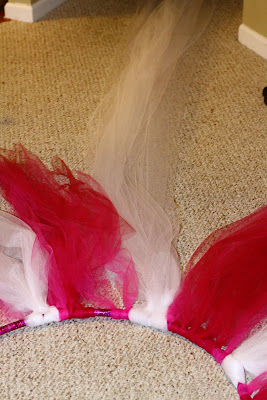 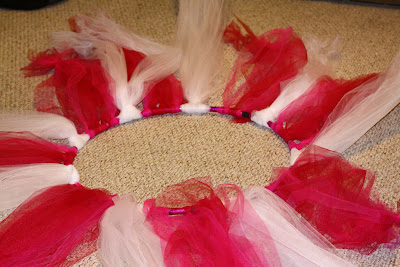 And, mine will be staying attached to the hoola hoop so if you live close enough to me for me to get it to you, skip the work and borrow mine!