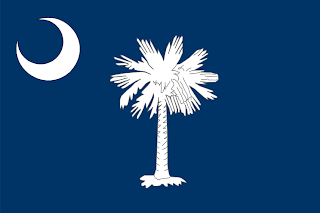 We've known for a couple of weeks now that we will soon be making a major move here in a couple of months. Adam is taking a job with a church in South Carolina as their pulpit minister! We'll be moving not only geographically but also be taking a major career move and move with our lives in general. For ten plus years (nine since we've been married and one while we were engaged) youth ministry has been our life. For a few years now, it has been very apparent to me that God has given Adam a gift for speaking. However, I just knew that God was going to entertain my refusal to be a preacher's wife and give Adam another avenue for using that gift. I figured he could be a teacher, a writer, a traveling speaker, I was even fine with him preaching from the back of a garbage truck! But, I was digging my heals in in refusal when it came to being a preachers wife. I should have learned by now not to tell God what I was or wasn't going to do. "God, I'm going to marry a doctor so that we have lots of money" God says, " Nope youth minister". "I'm never moving any further away from my family than I am now" God says, "You're going to move to West Virginia". "I'm never going to be a preacher's wife"..... Guess you know how that one is going to go... Well maybe I've learned my lesson this time... God, I'm never going to be a millionaire!

I'm actually more excited about this upcoming move than I ever thought I could be and I'm going to tell you all about that in a minute but first, I want to say something to the teens that I know that read my blog from time to time.. I have seen more depth in you than I have seen in most adults. I am so proud of the way you have grown. I hear you making comments like, "I want to partner with God to make His dream for the world a reality" and I know that if the Church could get what you already know, that dream would be reality. I know that your faith doesn't rest in us and that though you struggle, you have a faith that is firm.. I know that you are changing the world and that you will continue to do that. Our relationship with you will continue, we'll just have a new address. I love you so much and I am honored to be a part of your life.

Ok, so how did this all come to be. Well, where do I start... About three years ago, we moved to WV. I'll spare you the details of how that all came to be because this post is going to be long enough as it is but lets just say that we were sure that that was God was wanting us to do. It has been one of the best yet one of the hardest experiences of my life. I realize that I still (God willing) have much of my life ahead of me but, so far, up until now... Soon after we moved to WV, I prayed a dangerous prayer.. "God, do to us what you need to do to us to make us who you want us to be". Now granted, if I had realized how much work He needed to do, I might have re-thought that prayer and I'm sure Adam would appreciate it if I would ask him before I pray something like that on his behalf again. You maybe wondering specifics and I'm trying hard to try to put them into words... I guess I would say that God, the vine dresser, has been pruning us for the last three years. I have met some wonderful people and made some friendships that will last a lifetime but I have definitely felt like a fish out of the water... I guess you can take the girl out of the south but you can't take the south out of the girl. There is much more of a cultural difference than we had anticipated. Adam has a very dry sense of humor. That hasn't always gone over so well here. If you get that sort of thing, it's wit and if you don't it's sarcasm. I have found that some people are not big fans of sarcasm. I feel like I have walked around behind him for three years laughing really loud so that people know he's kidding.

I knew that our families had helped us out with our ministry a lot but I grossly underestimated the difference that moving from a 5 hour drive to a 12 hour for mine or 16 for Adam's parents would make in them being able to continue to get to us when we needed them. I longed for my mother's arms many times but I think that was magnified the most last March when after months of me being horribly sick from being pregnant Emma got sick and was hospitalized. At that moment, I felt so much like a child needing my mother myself. There have been many times like that. But always, at times like that, God has made His presence known.

I'm jumping around here... That's why I've taken so long to make this post... I'm still not sure what I want to say. So back a few months ago, the church here did evaluations on their ministers. I will say up front that I'm not a fan of this. I just don't think it's a good idea to give a people a mode to give their opinions anonymously but, no one asked me.. and they were done. Well something that kept coming up over and over was what a good speaker Adam was and how he would make a great preacher one day.. Well, I got to thinking that maybe I was keeping Adam from doing what God wanted him to do. So I came across this little job posting (that's right, I did it). One thing led to another and we found ourselves visiting this little church on the Georgia/South Carolina line. Fully expecting to feel uncomfortable in the "preacher's wife" role. I fell in love with the place.. It is a young church with mostly couples our age with small children. When we left there, people were hugging us and telling us that they love us and at the risk of sounding cheesy, I really felt like I belonged there and would be really sad to never see those people again. So again, one thing led to another and after much prayer (on both sides) they offered the job and we accepted..

Now don't think that I'm not nervous about this at all. I've been having "preacher's wife" nightmares.. I dreamed the other night that I showed up to church in a very inappropriate pair of daisy dukes... I have always feared that I was going to run into someone that I went to high school with and tell them that I was married to a youth minister and they were going to fall on the ground laughing. That hasn't happened yet but now I'm going to be telling them that I'm married to a preacher! I feel so inadequate. But, I know that if God has gifted Adam, then he will equip me to be his mate. I keep telling myself that God's power is made perfect in my weakness and that God as he did with Moses, often choses the least qualified for the job. So anyway, if you've somehow stuck with me to make it to the end of this novel. Please pray for me. Please play for Adam, the church in WV and the church in SC as we make this transition.

I'm sure you will be hearing soon of all the tedious things we've been doing to get things ready to sell our house and move etc..