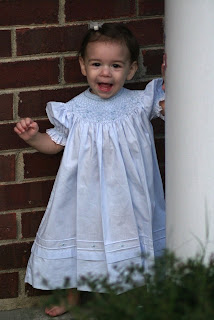 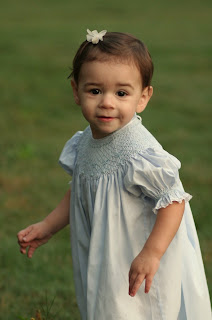 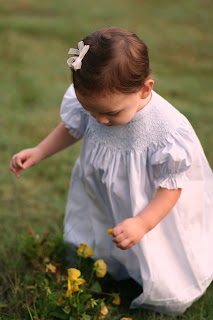 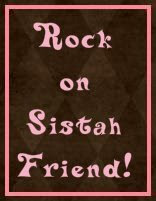 Woo Hoo. I feel so loved. Mandy at Life's About a Dream bestowed the Rock On Sistah Friend award upon me the other day. She is one of my new friends that I met via the internet before moving to SC. She's gotten me all the hookups including our little Maggie.


# If you receive the “Rock on Sistah Friend” award, you must post the button on your blog (in sidebar or in a post), and link back to Color Me Untypical.
# Let Jia know if you receive the award from someone, so she can add you to our Sistah’s Who Rock Blogroll, and give them my personal “Rock On Sistah Friend!”

In the post on your blog, you must give the award away to 3 other Sistah’s who you think rock. Post links to their blogs, why they rock, and post the rules to the award. Also, let them know you’ve given them the award so they too can celebrate themselves and pass on the love.

Julie at The Best Times of Our Lives is a treasured friend that lived in WV when I did and she's an awesome photographer. We send e-mails back and forth all day long and we spend lots of time on the phone philosophizing over the worlds injustices, parenting and well just everything imaginable. We are faithful AT&T customers because if we didn't have free mobile to mobile we both have to stop being SAHMs because we'd have to get a job to pay our phone bills. Why our babies are napping of course ;)

Susan at Griffies Growth is a much missed friend from college and fellow minister's wife. She has two adorable twin babies which my family has an invested interest in because we prayed for those two little blessings for a couple of years. She's a great mom and has the kind of self-discipline that most mom's envy and I just love peaking in on her to see what she's doing with those little ones. Plus, watching two babies with such different personalities raised by the same parents is an interesting study on the nature/nurture subject.

Jay at Janie and Me, Happily is a former student we worked with in youth ministry but now, friend and fellow mommy. She is such a passionate person. She works hard, plays hard, loves hard, and falls hard. But she never stops pressing on. She is totally in love with her little girl and embarking on a new and exciting part of her life and I just love looking in on her to watch her embrace life even when it's coming at her at a rapid pace.

All three of these ladies are ladies that I love having in my life because my relationship with helps me to be a better person.
And I think I might just make up my own award because there are so many others here that I love in so many ways! But these three girls I know have had circumstances lately that they need to be honored for the classy way they handled them. Love you girls. Thanks for being my inspiration!
Posted by Dana at 9:26 PM 4 comments: 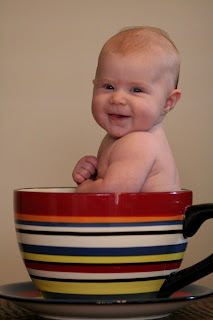 Here's another sweet little girl that's filling my days with smiles while Emma's at school. I have been babysitting Maggie for a couple of weeks now but I haven't posted anything about her because I kept forgetting to ask her mother if it was okay. I try to be careful not to post something about someones elses child without their permission. Anyway, my friend Mandy hooked me up with one of the teachers at Emma's school and I am watching her baby. It works out really nicely because it makes me only have school teacher hours. We won't have to worry about planning vacations around my job because we'd be planning them around Emma's school anyway.

Maggie is a sweet sweet baby and Chloe will have a nice little playmate in just a few months. Even though she's trying hard to get her up and moving now! And we're well on our way because she just started rolling over. Right now, I spend a lot of the days making sure Chloe doesn't kill her. But really she's doing well with her and they both seem to light up when they see each other. I have there naps staggered so they are only awake together about three hours a day and I still have two hours with both of them sleeping so that I can get some house work done. Maggie also indulges me and hams it up for the camera as you can see so I'm snapping away because I know that those days of her sitting still are limited! 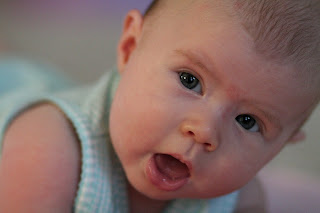 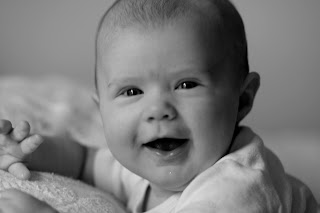 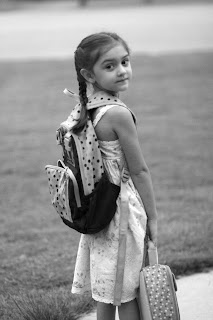 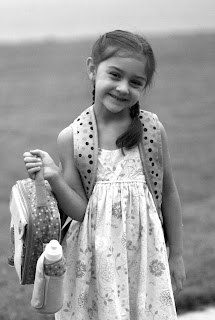 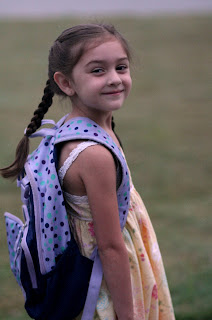 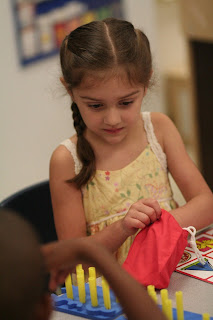