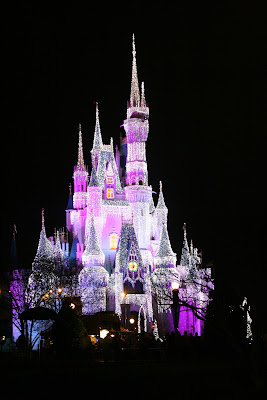 I can laugh about this almost two years later.  But I assure you that it took me a while to get there.  For Christmas 2008, we decided that we were going to do no gifts except a family Christmas present.  Unknown to the kids, the family Christmas present was a trip to Disney World.  A first for both Emma and Chloe as well as myself.  Just before the trip, Chloe contracted a stomach virus for which she was admitted to the hospital for for 18 hour observation.  I considered rescheduling the trip.  However, with the doctors assurance that with 18 hours of fluids, Chloe would be good as new, we went on with the trip.. We left straight from the hospital and headed to Florida.. We got about four hours down the road, only to realize that Chloe was in fact, not good as new.  We decided then to stop for the evening.  And when the clock struck midnight and we entered 2009, I had a car seat in the bathtub of a hotel room, cleaning vomit out of it..  We continued on our journey and entered the Magic Kingdom at 4 p.m. on the first day of our tickets. 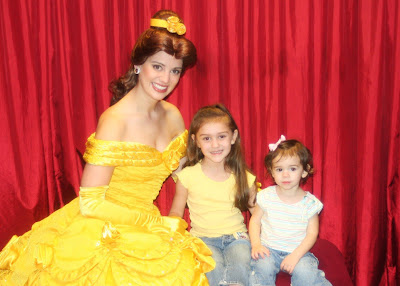 About thirty minutes into our first experience at Disney World, Chloe found a nice spot outside Bell's garden to get sick once again.  So, Chloe and I called it a day and headed to the hotel.. I'll spare you the rest of the details and just say that the remainder of the trip went approximately the same way.  Us thinking she was better, us trying to go on with plans, me getting puked on... 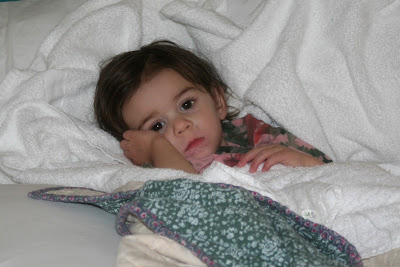 So, if you went to Disney World in Jan. of 2009 and all the princesses were out with a stomach virus, the Ellis family is most likely to blame..

And if you go to Jan 2010 in my archives, you'll see how we totally redeemed this trip by having enough fun for two trips in one..