I was lucky enough... Remembering Susan.. 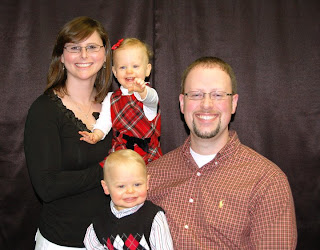 Susan and Tony with their twins, Jonah and Claire
I feel like I'm disturbing something sacred to try to put words around something that cannot be explained..  If you've spent any time around here at all, you know that lately, I have been trying to work through the grief that came from losing my cousin, at the end of May. You can catch a glimpse of those struggles in a guest post I wrote called, "Haunted By Questions".. For a little over a week now, we have been grieving the loss of a very dear friend.. And the questions continue to accumulate..

I will never forget that night that Susan died, yet, I cannot fully remember it. The words written in a message on facebook in a private message from a friend, will be forever etched in my mind.  I can recall Emma coming into the room and asking what was wrong... But the gap in between, I hope I never remember... I never understood the physical manifestations that people say can come along with grief...but, when I finally gathered the strength to walk to the bathroom, and look in the mirror, I could see red streaks through one of my eyes where a blood vessel had burst.  At first, I was embarrassed by my lack of control of emotion over the situation... And then, I was angry because I  felt embarrassed.  I tried once again to seek answers.  In  my Bible,  I read about people who mourned a loss by tearing their clothes, pulling their hair and clawing at the air..and, I became frustrated with the rituals that have been put in place this day and age that suggest that mourning a person that we love deeply should abide by specific rules and have a specific presentation..

I almost wanted not to  mention it here because I know that any effort to describe unchartered territory with my exhausted words will result in inadequacy.  However, while I cannot begin to portray how much I love Susan and her family, I also can't move along with a journal about my family and faith without mentioning something that has changed my life so much...

There is so much that I've learned from the way that Susan lived life with full devotion, sacrifice and care for those she loved... I have never known a more faithful wife, mother or friend..  Nor have I known anyone who handed out grace so easily; a person who took life's trials and used them as formative experiences and opportunities to make herself better.. If you didn't know Susan, I'm so sorry that you missed out on the experience of her friendship, which turned out to be one of the best things this world has ever had to offer... And if you did...well, I love the words that Susan's aunt said at her funeral.  If you were lucky enough to know Susan, you were lucky enough.

Susan's and my life had so many similarities that it was inevitable that are hearts would be linked in some way.. We didn't talk every day.. We saw each other every time traveling brought us near each other or we could find a youth ministry conference we could fit into our schedules.   But mainly, we talked when life became overwhelming.. It would make sense that I would miss her most at a time like this...

So to Susan, I'll end this the way we ended every conversation we had:  I wish we could live in the same place.  I miss you and I love you!

You can see more of Susan's life over at her blog, Griffies Growth
Posted by Dana at 11:41 PM 7 comments: